You are here:
About Holy Innocents

Located in Atlanta, GA., Holy Innocents’ is the largest Episcopal parish day school in the United States, a fully accredited, college-preparatory day school for 3-year-olds through 12th-grade boys and girls.

The Prep Slam Wrestling Tournament is one the oldest and most distinguished prep wrestling tournaments in the nation. 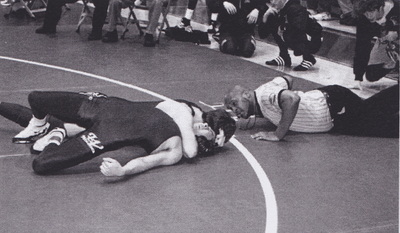 That concept immediately broadens as teams from all over the southern states found their way to our campus for this annual event. After the second year in existence, the tournament grew into a National event as teams as far away as California brought their ranked wrestlers to compete in the tournament.

Holy Innocents continues to build this event with the intentions of eventually being an early season meeting ground for teams who attend The Prep Nationals. It offers many teams as early season ability to wrestle teams from many areas across the Nation. Atlanta brings an international airport and a southern culture that contributes to helping The Prep Slam known as one the best-run tournaments in the country. The event continues to grow as The Prep Slam allow teams to enter an additional non-scoring wrestler in each weight class.

Last season brought 43 teams from 16 states that collided in last year’s tournament. This season interest comes from 27 states so far seeking information on participating in the event. The Prep Slam has seen many of its competitors go on to distinguished college careers. The goal of the tournament is to continue to offer a competitive environment for teams that normally do not match up during the regular season. It provides an opportunity to see different styles of wrestling as many of our teams move on to the Prep Nationals.

The Prep Slam will continue to offer a first look to college coaches looking for athletes who are not only physically gifted but academically prepared to flourish in a college environment. This season will bring several college coaches who plan to attend the event. College coaches are able to scout many potential recruits from all over the nation. The location of the tournament provides easy access to teams to travel into the Atlanta with Hartsfield International Airport located less than 30 minutes from the school.

I wish to thank each and every one who travels to our event. We run a top-notch tournament with a focus of southern hospitality that features some of the best wrestlers in the nation participating.